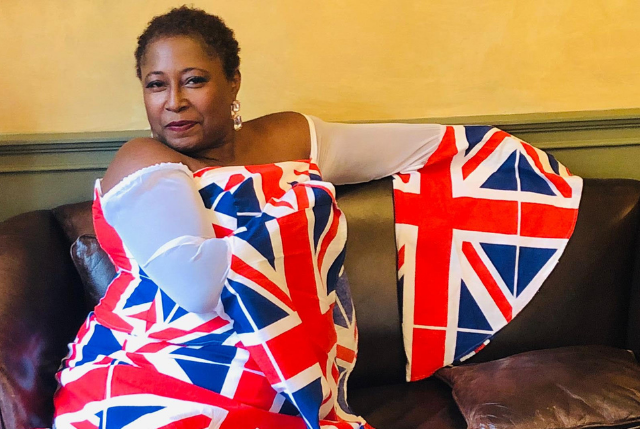 I started CULTURE RESET feeling like a fish out of water, berating myself for what I saw as my inability to speak like the others or think like the others… but then I had this big “aha” moment and I realized I don’t have to speak and think like anybody else, in fact I realized people need to talk a little more like me. You see when it comes to diversity which you all spend a lot of time talking about, I am the diversity!  As an opera singer I have spent my working life trying to get a seat at the table, I have been on that table many times, but mostly just for take away… People like me don’t have the luxury of waiting for infrequent invitations so we create our own table, and like every black family I know, we have overcooked, so we now invite others to come and eat and some of them are bringing food to our table. Once I had that realization I was emboldened and felt empowered – like I had found and put on my superhero cape!

At Pegasus Opera we actively answer the questions and create real and tangible change..

As a consequence we have been having amazing conversations with companies like Glyndebourne, ROH and Neville Holt and we are busy creating partnerships, developing practical and tangible things that they can do to help our artists… On a side note the conversations I have been having since I put on my superhero cape are very different to the ones I had at the beginning of Culture Reset,  you see I no longer feel the need to posture and to try to measure what I say for other peoples’ comfort… Which is very liberating.

I find that there is too much pontificating, data collecting and theorizing. One of my team found an article written 16 years ago where I was talking about various frustrations about being a black opera singer in England, the same frustrations the new generation face. Why are we having the same conversations today that I had and Lloyd had 20 years ago? It makes no sense. It’s not that complicated. I am actually going to give you my take… The people who had the conversations 20 years ago didn’t really care about diversity, they didn’t really see the need – it was a ‘ticking the box’ exercise or a funding opportunity – a chance to be seen to make the right noises and once that particular furor died down they could go safely go back to normal until the next time (a bit like the NRA in America)

So now it’s time to have these dialogues with this generation. How much do you really care, when BLM stops trending where do you stand, will you still be committed to making change? Is this an opportunity to be seen to be radical or are you really radical? Why is being inclusive even radical, shouldn’t it just be how it is?  I believe that there is a hunger for change and I believe that you, reading this, will make the difference, I believe that you care very much.

When I was younger I would come up with elaborate excuses to get out of homework and chores, my mother would say, “stop talking… and get on with it” so I will end my contribution to this final assembly by thanking CULTURE RESET for giving me the space to find my superhero cape, and with urging you to stop talking, and get on with it, invite more people that don’t look like you, to your table and if you want to come and share the food on my table you are more than welcome, but we are the main dish.